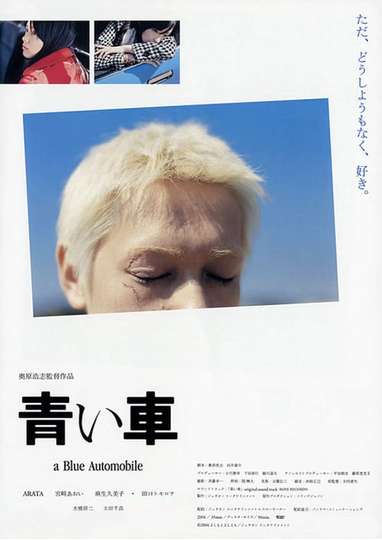 Aoi Kuruma (A Blue Automobile) focuses on such a character - a part-time DJ and record-store employee named Richio (Arata). With his spiky yellow hair, wrap-around shades and pale mask of a face, Richio would seem to be an icy moon circling the distant planet of his own regard. But as Okuhara shows us from the first scene, Richio has been traumatized by a boyhood horror - and still bears the physical scars on one eye, the emotional scars in dreams and visions he can neither escape nor explain away. The sunglasses and mask are there for a reason, the pain and rage are real. At the same time, he has a straightforwardness that verges on the cruel - but this is also one of his most appealing qualities.