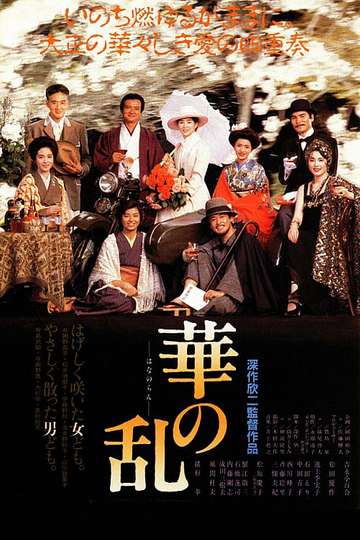 A Chaos of Flowers

TMDb Score
80
NR 2 hr 19 minDrama
Set in the Taisho era, which might be regarded as Japan's Hippie Phase, Hana no ran is a story about fashionable people without impulse control. Much of the action centers on a popular woman writer, the real-life poet Akiko Yosano, and her experiences among the literati of early 20th century Japan. Because of her independent, anti-war and often erotic poetry, she was a lightning rod for revolutionaries and other extremists, many of whom were destined to glamorous, yet ultimately pointless, deaths. The closest parallels might be the Byron/Shelley group or the people drawn to the Beat Generation.
Show More
DirectorKinji Fukasaku
StarringKen OgataSayuri YoshinagaKeiko Matsuzaka
Full Cast & Crew