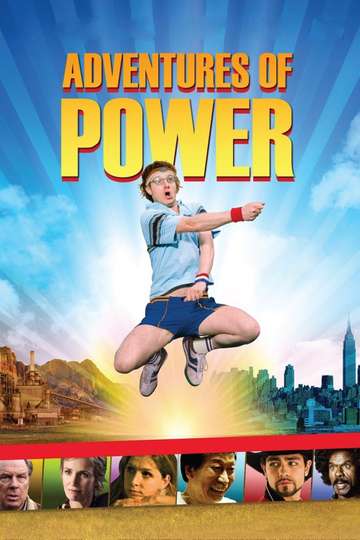 Fancy watching 'Adventures of Power' on your TV or mobile device at home? Hunting down a streaming service to buy, rent, download, or watch the Ari Gold-directed movie via subscription can be confusing, so we here at Moviefone want to do the work for you.

We've listed a number of streaming and cable services - including rental, purchase, and subscription alternatives - along with the availability of 'Adventures of Power' on each platform. Now, before we get into the nitty-gritty of how you can watch 'Adventures of Power' right now, here are some details about the Grack Films, # Andrea Sperling Productions comedy flick.

Released January 20th, 2008, 'Adventures of Power' stars Ari Gold, Michael McKean, Shoshannah Stern, Adrian Grenier The PG-13 movie has a runtime of about 1 hr 29 min, and received a user score of 54 (out of 100) on TMDb, which put together reviews from 17 respected users.

Want to know what the movie's about? Here's the plot: "In his quest to become the world's greatest air-drummer, a small-town dreamer must overcome obstacles and ridicule to save the day."