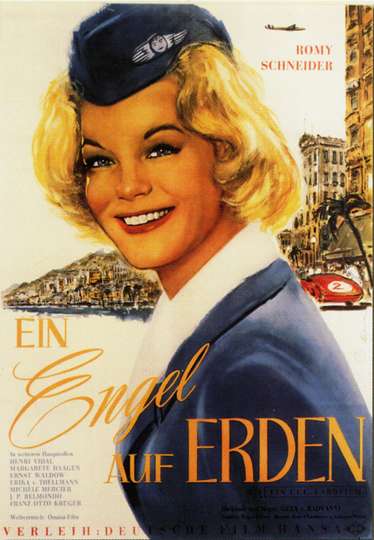 TMDb Score
57
NR 1 hr 27 minSep 9th, 1959Romance, Fantasy, Comedy
This romantic comedy pairs Romy Schneider with French star Henry Vidal, and they make quite a sweet couple in this love story. Schneider plays Vidal's guardian angel who tries to convince him not to marry his rich but mean fiance, but rather fall in love with a stewardess who is secretly in love with him. Things are beginning to become complicated when Schneider herself is robbed of her angelic powers and seems to fail in her mission.
Show More
DirectorGÃ©za von RadvÃ¡nyi
StarringRomy SchneiderHenri VidalMichèle Mercier
Full Cast & Crew