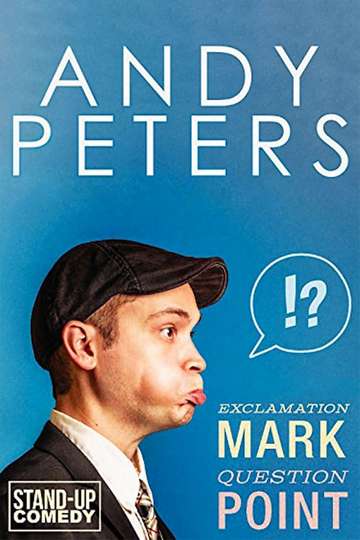 Fancy watching 'Andy Peters: Exclamation Mark Question Point' on your TV, phone, or tablet? Finding a streaming service to buy, rent, download, or watch the Steven Feinartz-directed movie via subscription can be tricky, so we here at Moviefone want to do right by you.

We've listed a number of streaming and cable services - including rental, purchase, and subscription alternatives - along with the availability of 'Andy Peters: Exclamation Mark Question Point' on each platform when they are available. Now, before we get into all the details of how you can watch 'Andy Peters: Exclamation Mark Question Point' right now, here are some specifics about the New Wave Entertainment Television, CleftClips comedy flick.

Released February 13th, 2015, 'Andy Peters: Exclamation Mark Question Point' stars Andy Peters, Eddie Pepitone, Karen Kilgariff The movie has a runtime of about 50 min, and received a user score of (out of 100) on TMDb, which collated reviews from experienced users.

Curious to know what the movie's about? Here's the plot: "Exclamation Mark Question Point is the debut special from Andy Peters. More bootleg than traditional special, Andy recorded only one show, one night at The Virgil in Los Angeles. The special features a bouncy mix of Andy's dive-in-head-first approach to comedy. With The Virgil's intimate space as a backdrop, Andy litters the show with playful self-deprecating bits, a healthy dose of "screaming at strangers" and a nonstop stream of riffs."

Do Revenge
"I'll do yours if you do mine."