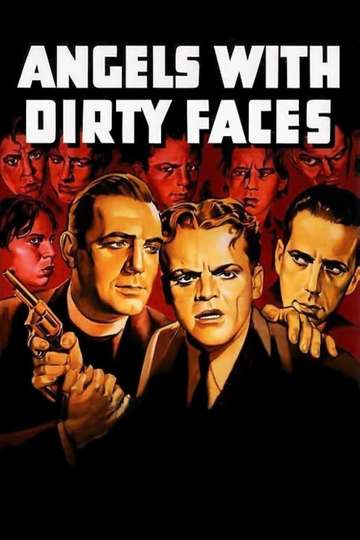 "The saga of America’s dirty faced kids... and the breaks that life won’t give them!"
TMDb Score
77
NR 1 hr 37 minNov 26th, 1938Thriller, Crime, Drama
In New York, the boys Rocky Sullivan and Jerry Connelly are best friends and small time thieves. After a robbery, Rocky is arrested and sent to a reformatory school, where he begins his criminal career. Jerry escapes and later becomes a priest. After three years in prison, Rocky is released and demands the return of $100,000 deposited with his solicitor - prior to his jail term.
Show More
DirectorMichael Curtiz
StarringJames CagneyPat O’BrienHumphrey Bogart
Full Cast & CrewBuy DVD

Key Largo
A hurricane swells outside, but it's nothing compared to the storm wit...

The Petrified Forest
Gabby, the waitress in an isolated Arizona diner, dreams of a bigger a...

The Best Years of Our Lives
It's the hope that sustains the spirit of every GI: the dream of the d...

The African Queen
At the start of the First World War, in the middle of Africa’s nowhere...

Around the World in Eighty Days
Based on the famous book by Jules Verne the movie follows Phileas Fogg...

The Thin Man
A husband and wife detective team takes on the search for a missing in...

In a Lonely Place
An aspiring actress begins to suspect that her temperamental boyfriend...