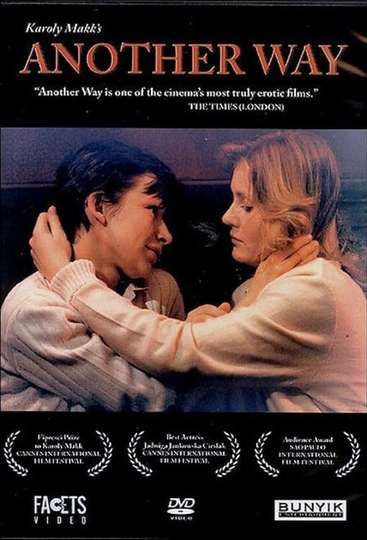 Another Way (1982)Stream and Watch Online

Want to watch 'Another Way' on your TV, phone, or tablet? Finding a streaming service to buy, rent, download, or watch the Károly Makk-directed movie via subscription can be difficult, so we here at Moviefone want to help you out.

Read on for a listing of streaming and cable services - including rental, purchase, and subscription options - along with the availability of 'Another Way' on each platform when they are available. Now, before we get into the nitty-gritty of how you can watch 'Another Way' right now, here are some specifics about the Meridian Films, MAFILM Dialóg Filmstúdió history flick.

Released September 25th, 1982, 'Another Way' stars Grażyna Szapołowska, Jadwiga Jankowska-Cieślak, IldikÃ³ Bánsági, Judit Hernádi The movie has a runtime of about 1 hr 42 min, and received a user score of 49 (out of 100) on TMDb, which put together reviews from 9 respected users.

You probably already know what the movie's about, but just in case... Here's the plot: "Political and sexual repression in Hungary, just after the revolution of 1956. In 1958, the body of Eva Szalanczky, a political journalist, is discovered near the border. Her friend Livia is in hospital with a broken neck; Livia's husband, Donci, is under arrest. In a flashback to the year before, we see what leads up to the tragedy. Eva gets a job as a writer. She meets Livia and is attracted to her. Livia feels much the same, but as a married woman, has doubts and hesitations. In their work, they (and Eva in particular) bang up against the limits of telling political truths; in private, they confront the limits of living out sexual and emotional truth." .