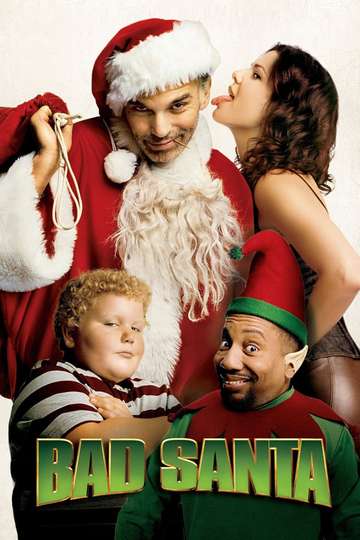 Fancy watching 'Bad Santa' on your TV or mobile device at home? Tracking down a streaming service to buy, rent, download, or watch the Terry Zwigoff-directed movie via subscription can be a huge pain, so we here at Moviefone want to do right by you.

Below, you'll find a number of top-tier streaming and cable services - including rental, purchase, and subscription alternatives - along with the availability of 'Bad Santa' on each platform when they are available. Now, before we get into the nitty-gritty of how you can watch 'Bad Santa' right now, here are some details about the Columbia Pictures, Dimension Films, Triptych Pictures crime flick.

What, so now you want to know what the movie's about? Here's the plot: "A miserable conman and his partner pose as Santa and his Little Helper to rob department stores on Christmas Eve. But they run into problems when the conman befriends a troubled kid."

Too Funny to Fail: The Life & Death of The Dana Carvey Show
Con Air
"They were deadly on the ground; Now they have wings"

Wedding Crashers
"Life's a Party. Crash It."
Super Troopers
"Altered State Police"
Ace Ventura: Pet Detective
"He's the best there is! (Actually, he's the only one there is.)"

Happy Gilmore
"He doesn't play golf... he destroys it."
The Santa Clause
"What if your dad was Santa Claus?"
National Lampoon's Christmas Vacation
"Yule crack up."

Austin Powers: International Man of Mystery
"If he were any cooler, he'd still be frozen, baby!"
9/11
"Five strangers are trapped in an elevator in the World Trade Center on 9/11."

Bad Santa 2
"Giving the holidays another shot."
The Whole Nine Yards
"In the heart of suburbia, a hit man with heart has just moved in."
A Christmas Story Live!
"The most beloved Christmas movie becomes the biggest live holiday musical event."

DodgeBall: A True Underdog Story
"Grab life by the balls."

David E. Kelley Has a Romantic Reason for Setting 'Goliath' in Santa Monica