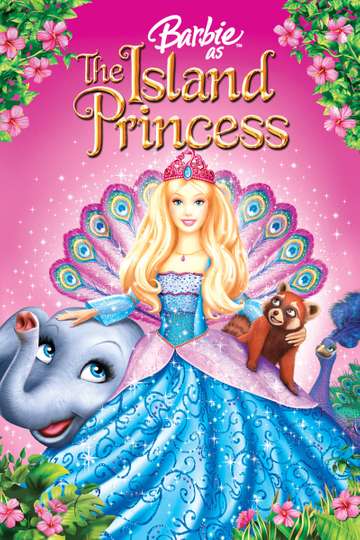 Barbie as the Island Princess (2007)Stream and Watch Online

Need to watch 'Barbie as the Island Princess' on your TV or mobile device at home? Searching for a streaming service to buy, rent, download, or watch the Greg Richardson-directed movie via subscription can be confusing, so we here at Moviefone want to do the work for you.

Read on for a listing of streaming and cable services - including rental, purchase, and subscription choices - along with the availability of 'Barbie as the Island Princess' on each platform when they are available. Now, before we get into the various whats and wheres of how you can watch 'Barbie as the Island Princess' right now, here are some details about the Rainmaker Entertainment animation flick.

Released September 18th, 2007, 'Barbie as the Island Princess' stars Kelly Sheridan, Melissa Lyons, Alessandro Juliani, Christopher Gaze The G movie has a runtime of about 1 hr 26 min, and received a user score of 72 (out of 100) on TMDb, which collated reviews from 606 knowledgeable users.

What, so now you want to know what the movie's about? Here's the plot: "Barbie plays Rosella in this new musical film. Shipwrecked as a child, Rosella grows up on the island under the watchful eyes of her loving animal friends. The arrival of Prince Antonio leads Rosella and her furry pals to explore civilization and ultimately save the kingdom by uncovering a secret plot."

Barbie in the Nutcracker
Barbie in A Mermaid Tale
Barbie of Swan Lake
"Enter a world of love and enchantment"
Barbie in A Mermaid Tale 2
Barbie Fairytopia: Magic of the Rainbow
Barbie in 'A Christmas Carol'
Barbie as Rapunzel
Barbie and the Three Musketeers
Barbie Mariposa
Barbie and the Magic of Pegasus
Barbie: Fairytopia
"Discover A Magical New Land"
Barbie as The Princess & the Pauper
Barbie: A Fairy Secret
Barbie: A Fashion Fairytale
"Discover your inner sparkle!"
Barbie and the Diamond Castle
Barbie Presents: Thumbelina
Barbie in The 12 Dancing Princesses
"Enchanted dancing in a magical world!"
Barbie: Princess Charm School
Barbie Fairytopia: Mermaidia
"Journey under the sea in a magical adventure."
Barbie: The Princess & The Popstar
"True friends rock in perfect harmony!"
The Barbie Diaries