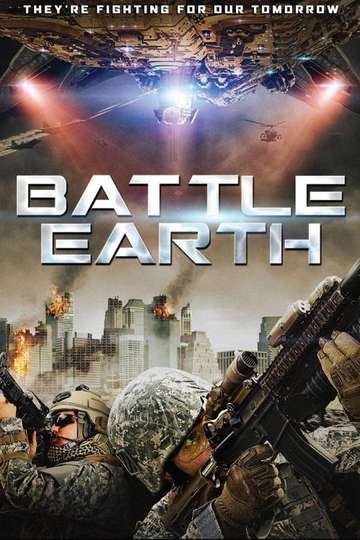 Fancy watching 'Battle Earth' on your TV, phone, or tablet? Hunting down a streaming service to buy, rent, download, or watch the Aaron Kurmey-directed movie via subscription can be difficult, so we here at Moviefone want to help you out.

We've listed a number of streaming and cable services - including rental, purchase, and subscription alternatives - along with the availability of 'Battle Earth' on each platform when they are available. Now, before we get into the various whats and wheres of how you can watch 'Battle Earth' right now, here are some finer points about the Rambunxious Entertainment, Multivisionnaire Pictures war flick.

Released May 28th, 2013, 'Battle Earth' stars Ryan Agnew, Gin Fedotov, Jeff Graham, Ryan Hatt The movie has a runtime of about 1 hr 25 min, and received a user score of 45 (out of 100) on TMDb, which assembled reviews from 7 well-known users.

You probably already know what the movie's about, but just in case... Here's the plot: "Confirmation of extraterrestrial life appears on television screens across the world as a massive spacecraft breaks through the atmosphere on a crash course into the Atlantic Ocean. A young paramedic, Greg Baker, signs up to fight for his planet against the invaders. Baker joins Special Forces members as the squad medic as they escort a classified package by chopper over enemy territory. When their chopper is shot down they find themselves surrounded and outnumbered. Desperate to return to his wife's side and haunted by nightmares, Baker find that his role in the war has quickly become much larger than he could have ever imagined. The mysterious package may be the key to turning the tide of the war, and possibly to saving all of humanity, but Baker must decide whether to protect it or sacrifice it to ensure his own survival."

Burning at Both Ends
"All the darkness in the world cannot extinguish the light of a single candle."

Shadow in the Cloud
"Every mission has its demons."

Blood on the Crown

The East
"A war between duty and conscience."

The Tragedy of Macbeth

My Brother's Keeper
"In spiritual warfare... no one is left behind."

Escape from Mogadishu
"A city in revolt, we must escape."

Wildcat
"Some people cannot be broken."

Firebird
"Risk everything, trust no one."

Justice Society: World War II
"The fight for justice is the greatest battle of all time."