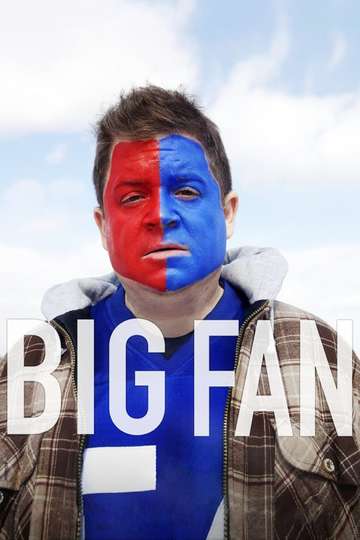 Want to behold the glory that is 'Big Fan' on your TV or mobile device at home? Hunting down a streaming service to buy, rent, download, or view the Robert D. Siegel-directed movie via subscription can be difficult, so we here at Moviefone want to help you out.

We've listed a number of streaming and cable services - including rental, purchase, and subscription options - along with the availability of 'Big Fan' on each platform when they are available. Now, before we get into all the details of how you can watch 'Big Fan' right now, here are some details about the Big Fan Productions comedy flick.

Released January 18th, 2009, 'Big Fan' stars Patton Oswalt, Kevin Corrigan, Michael Rapaport, Marcia Jean Kurtz The R movie has a runtime of about 1 hr 31 min, and received a user score of 60 (out of 100) on TMDb, which compiled reviews from 102 experienced users.

Interested in knowing what the movie's about? Here's the plot: "Paul Aufiero, a 35-year-old parking-garage attendant from Staten Island, is the self-described "world's biggest New York Giants fan". One night, Paul and his best friend Sal spot Giants star linebacker Quantrell Bishop at a gas station and decide to follow him. At a strip club Paul cautiously decides to approach him but the chance encounter brings Paul's world crashing down around him."

'Big Fan' is currently available to rent, purchase, or stream via subscription on Alamo on Demand, .