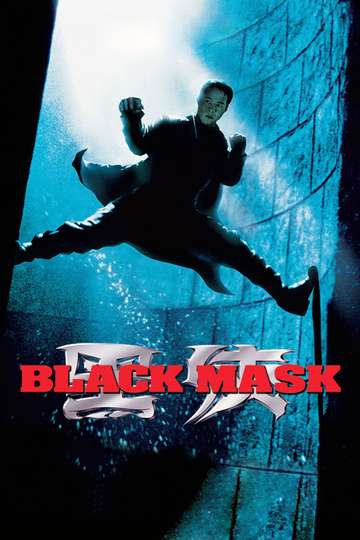 Tsui Chik tries to lead a quiet life as a librarian. However, he is really a former test subject for a highly secretive supersoldier project and the instructor of a special commando unit dubbed "701." The 701 squad is used for many government missions, but after one of the agents kills a team of policemen in an uncontrollable rage, the government decides to abort the project and eliminate all the subjects. Tsui Chik helped the surviving 701 agents flee the extermination attempt. Having escaped, Tsui Chik went separate ways from his team. Later, he discovers that the rest of the team were responsible for a violent crime spree that was beyond the capability of the local police. He sets out to stop them, donning a disguise and using the superhero alias of "Black Mask". Having lost the ability to feel pain due to the surgery performed on the super-soldiers by the military, Black Mask is almost invulnerable.

Last Hero in China
Jet Li stars in this comic spectacle as a Chinese "Robin Hood" who stu...

Fist of Legend
Chen Zhen, a Chinese engineering student in Kyoto, who braves the insu...

Bulletproof Monk
A mysterious and immortal Tibetan kung fu master, who has spent the la...

Fearless
Huo Yuan Jia became the most famous martial arts fighter in all of Chi...

Cradle 2 the Grave
Gang leader Tony pulls off a major diamond heist with his crew, but co...

The Bodyguard from Beijing
A corrupt businessman commits a murder and the only witness is the gir...

Fong Sai-Yuk
The secret Red Lotus Flower Society is committed to the overthrow of t...

Psycho
A young female embezzler arrives at the Bates Motel, which has terribl...