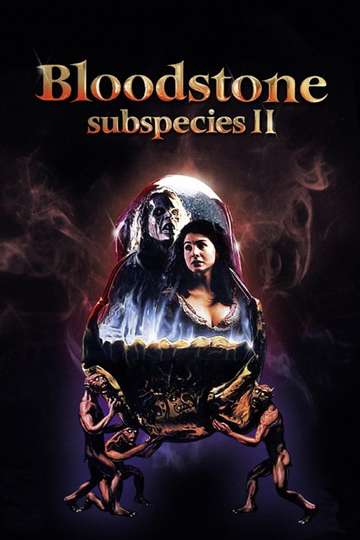 Need to watch 'Bloodstone: Subspecies II' on your TV, phone, or tablet? Tracking down a streaming service to buy, rent, download, or watch the Ted Nicolaou-directed movie via subscription can be tricky, so we here at Moviefone want to do right by you.

Below, you'll find a number of top-tier streaming and cable services - including rental, purchase, and subscription choices - along with the availability of 'Bloodstone: Subspecies II' on each platform when they are available. Now, before we get into the nitty-gritty of how you can watch 'Bloodstone: Subspecies II' right now, here are some particulars about the Full Moon Entertainment, Castel Film fantasy flick.

Released May 26th, 1993, 'Bloodstone: Subspecies II' stars Anders Hove, Denice Duff, Ion Haiduc, Michael Denish The movie has a runtime of about 1 hr 47 min, and received a user score of 52 (out of 100) on TMDb, which compiled reviews from 41 respected users.

You probably already know what the movie's about, but just in case... Here's the plot: "Continuing after the first "Subspecies", a woman who has just become a vampire tries to escape the evil vampire, Radu, who seeks her as his love interest. But she has taken the vampire family's bloodstone, and now Radu must find her to get it back. While her sister comes to Romania to save her soul. It might be to late...."