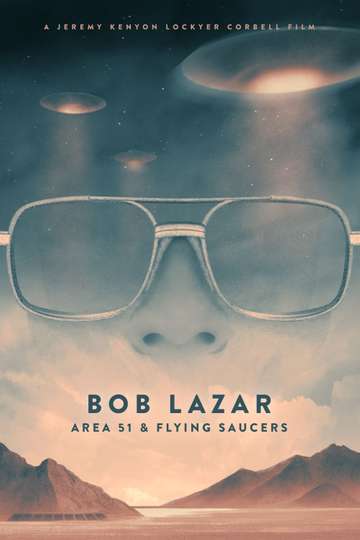 Want to watch 'Bob Lazar: Area 51 and Flying Saucers' on your TV, phone, or tablet? Tracking down a streaming service to buy, rent, download, or watch the Jeremy Kenyon Lockyer Corbell-directed movie via subscription can be confusing, so we here at Moviefone want to help you out.

Read on for a listing of streaming and cable services - including rental, purchase, and subscription choices - along with the availability of 'Bob Lazar: Area 51 and Flying Saucers' on each platform when they are available. Now, before we get into the various whats and wheres of how you can watch 'Bob Lazar: Area 51 and Flying Saucers' right now, here are some finer points about the JKLC Productions documentary flick.

Released November 1st, 2018, 'Bob Lazar: Area 51 and Flying Saucers' stars Bob Lazar, George Knapp, Mickey Rourke, Jeremy Kenyon Lockyer Corbell The movie has a runtime of about 1 hr 37 min, and received a user score of 64 (out of 100) on TMDb, which collated reviews from 104 top users.

Curious to know what the movie's about? Here's the plot: "Area 51, flying saucers from another world - and the program to create a fierce technology. Bob Lazar remains the singular most famous and controversial name in the world of UFOs. The reason you know about Area 51 is because Lazar came forward and told you about it. His disclosures have turned his life upside-down and he has tried to stay out of the spotlight. For this reason, he has never let any filmmaker into the private world of his daily life - that is - until now. Corbell’s film explores Lazar’s claims through the lens of thirty years - providing rare and never before revealed footage - guaranteed to alter the landscape of the debate."

The Best Exotic Marigold Hotel
"Share the journey. Share the laughter."
All the Pretty Horses
"Some passions can never be tamed."