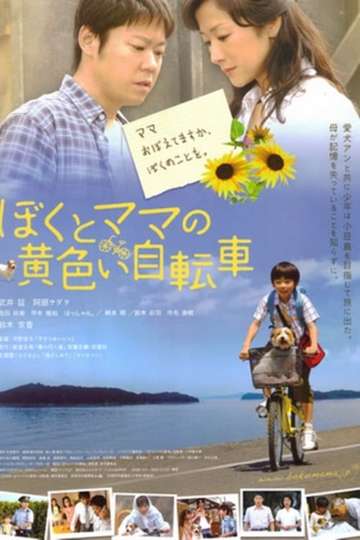 Boku to Mama No Kiiroi Jitensha

NR 1 hr 35 minFamily, Adventure, Drama
Taishi lives with his father Kazushi. His mother left home when Taishi was very young and he barely has any memories of her. He believes that his mother left home to study in Paris. His favorite moments come once a week when he receives a letter from his mother. But one day, during Taishi's summer vacation, he learns that his mother isn't in Paris but in Shodoshima, Japan. Taishi then decides to take his pet dog with him and bicycle from his hometown of Yokohama all the way to Shodoshima. On his 500 kilometers trip to Shodoshima, Taishi meets various peoples and touches their hearts, while leaving behind small miracles. What Taishi doesn't know about his mother is that she suffers from memory loss and that's why she lives apart from her family. Taishi's father Kazushi soon learns that his son has left for Shodoshima and he sets out to find his son.
Show More
DirectorKeita Kono
StarringAkashi TakeiSadao AbeKyoka Suzuki
Full Cast & Crew