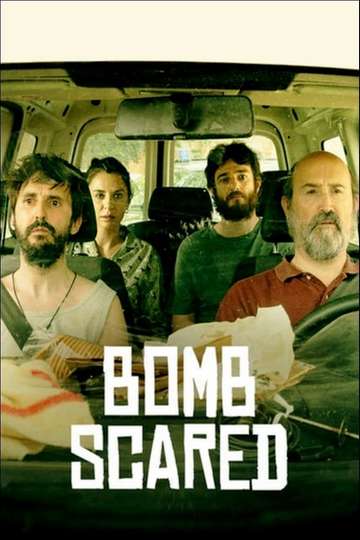 Need to watch 'Bomb Scared' in the comfort of your own home? Hunting down a streaming service to buy, rent, download, or watch the Borja Cobeaga-directed movie via subscription can be a huge pain, so we here at Moviefone want to do the work for you.

We've listed a number of streaming and cable services - including rental, purchase, and subscription alternatives - along with the availability of 'Bomb Scared' on each platform. Now, before we get into the various whats and wheres of how you can watch 'Bomb Scared' right now, here are some particulars about the Mediapro comedy flick.

Released October 12th, 2017, 'Bomb Scared' stars Javier CÃ¡mara, Gorka Otxoa, Miren Ibarguren, JuliÃ¡n LÃ³pez The movie has a runtime of about 1 hr 29 min, and received a user score of 55 (out of 100) on TMDb, which assembled reviews from 90 experienced users.

You probably already know what the movie's about, but just in case... Here's the plot: "Somewhere in Spain, four ETA terrorists await a phone call before carrying out a mission, while the 2010 FIFA World Cup, where Spanish soccer team is one of the favorites to win, is being held in South Africa."

'Bomb Scared' is currently available to rent, purchase, or stream via subscription on Netflix .

Holy Goalie
A young priest coaches a team of uncoordinated monks in order to win a...

Spanish Affair
Rafael, a Seville citizen who has never left the Spanish region of And...

The Motive
Álvaro, a man obsessed with the idea of writing what he brands as “hig...

Spanish Affair 2
Amaia after breaking up with Rafa, falls in love with a Catalonian. Ko...

Toc Toc
Toc Toc follows the adventures and misadventures of a group of patient...

It's Now or Never
Narrates the preparation for a wedding of a Spanish couple in which ev...