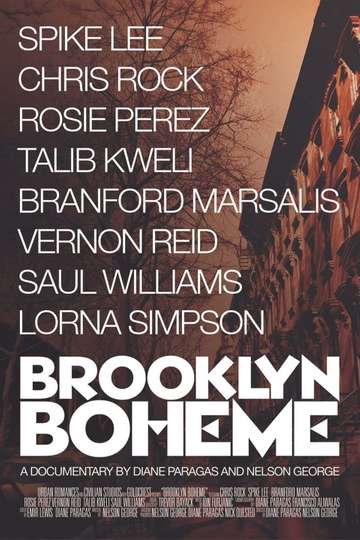 Want to behold the glory that is 'Brooklyn Boheme' in the comfort of your own home? Tracking down a streaming service to buy, rent, download, or watch the Diane Paragas-directed movie via subscription can be difficult, so we here at Moviefone want to help you out.

We've listed a number of streaming and cable services - including rental, purchase, and subscription options - along with the availability of 'Brooklyn Boheme' on each platform when they are available. Now, before we get into the various whats and wheres of how you can watch 'Brooklyn Boheme' right now, here are some finer points about the documentary flick.

Released February 27th, 2012, 'Brooklyn Boheme' stars Spike Lee, Branford Marsalis, Rosie Perez, Chris Rock The movie has a runtime of about 1 hr 15 min, and received a user score of 68 (out of 100) on TMDb, which put together reviews from 7 well-known users.

Interested in knowing what the movie's about? Here's the plot: "Brooklyn Boheme is a love letter to a vibrant African American artistic community who resided in Fort Greene and Clinton Hill Brooklyn during the 80's and 90's that included the great Spike Lee, Chris Rock, Branford Marsalis, Rosie Perez, Saul Williams, Lorna Simpson, Talib Kweli just to name a few. Narrated and written by Fort Greene resident Nelson George, this feature length documentary celebrates "Brooklyn's equivalent of the Harlem Renaissance" and follows the rise of a new kind of African American artist, the Brooklyn Boheme." .

Breaking Boundaries: The Science of Our Planet