CRAZY RICH ASIANS follows native New Yorker Rachel Chu (Constance Wu) as she accompanies her longtime boyfriend, Nick Young (Henry Golding), to his best friend's wedding in Singapore. Excited about visiting Asia for the first time but nervous about meeting Nick's family, Rachel is unprepared to learn that Nick has neglected to mention a few key details about his life. It turns out that he is not only the scion of one of the country's wealthiest families but also one of its most sought-after bachelors. Being on Nick's arm puts a target on Rachel's back, with jealous socialites and, worse, Nick's own disapproving mother (Michelle Yeoh) taking aim. And it soon becomes clear that while money can't buy love, it can definitely complicate things. 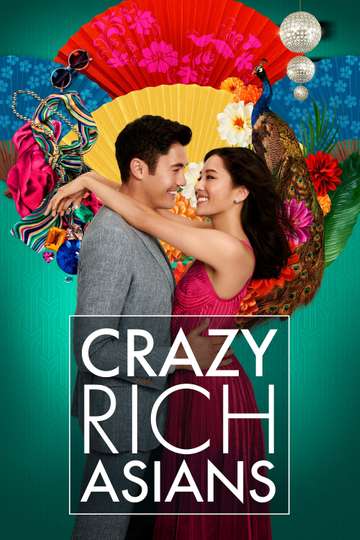 The Perfect Date
"He's whoever you want him to be."
Sydney White
"Freshman year is no fairytale"
Thumbelina
"A child's vision of happiness"
The Princess Switch
Submission
"He read her story. Then he became part of it."

A Simple Favor
"Can you keep a secret?"

Isn't It Romantic
"None of the Feels"

Ocean's Eight
"The plan is priceless."

The Spy Who Dumped Me
"They got this."
Searching
"No one is lost without a trace."
Hamlet, Prince of Denmark
A Star Is Born
Set It Up
"Finding love takes some assistants."
Eighth Grade
"Based on the most awkward year of your life"
To All the Boys I've Loved Before
"The letters are out."

Mamma Mia! Here We Go Again
"Discover how it all began."

Booksmart
"Getting straight A's. Giving zero F's."
The Kissing Booth
"She can tell her best friend anything, except this one thing"

Christopher Robin
"Don't underestimate the value of doing nothing."
Sierra Burgess Is a Loser
"Just be you."