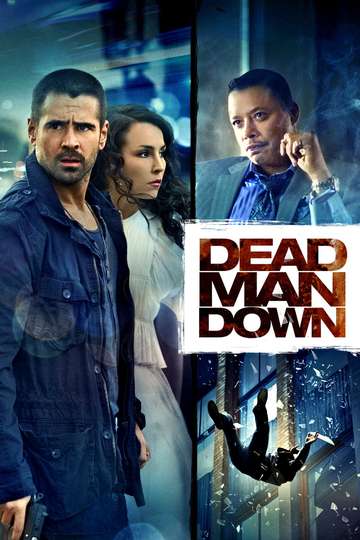 Yearning to watch 'Dead Man Down' on your TV, phone, or tablet? Searching for a streaming service to buy, rent, download, or watch the Niels Arden Oplev-directed movie via subscription can be a huge pain, so we here at Moviefone want to help you out.

Below, you'll find a number of top-tier streaming and cable services - including rental, purchase, and subscription options - along with the availability of 'Dead Man Down' on each platform when they are available. Now, before we get into the various whats and wheres of how you can watch 'Dead Man Down' right now, here are some specifics about the WWE Studios, Original Film, Frequency Films, IM Global crime flick.

Released March 8th, 2013, 'Dead Man Down' stars Colin Farrell, Noomi Rapace, Terrence Howard, Dominic Cooper The R movie has a runtime of about 1 hr 58 min, and received a user score of 61 (out of 100) on TMDb, which compiled reviews from 1,228 knowledgeable users.

You probably already know what the movie's about, but just in case... Here's the plot: "In New York City, a crime lord's right-hand man is seduced by a woman seeking retribution."

In the Deep Woods

What Breaks the Ice

The Girl Next Door

Welcome to the Punch

Woman on the Edge