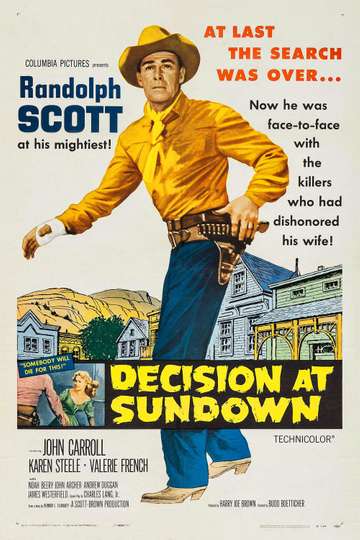 "At last the search was over..."
TMDb Score
66
NR 1 hr 17 minNov 10th, 1957Romance, Action, Western
Bart Allison arrives in Sundown after a three year search for Tate Kimbrough. Although it is Kimbrough's wedding day, Allison makes it clear he blames him for the death of his wife and is out to kill him. A shoot-out in the church puts the wedding on hold and Allison and his trail-buddy hole up in the livery stable. But the reasons for his actions become increasingly unclear, while the town starts to wonder about the grip Kimbrough has over them.
Show More
DirectorBudd Boetticher
StarringRandolph ScottJohn CarrollKaren Steele
Movie DetailsWhere to WatchFull Cast & Crew