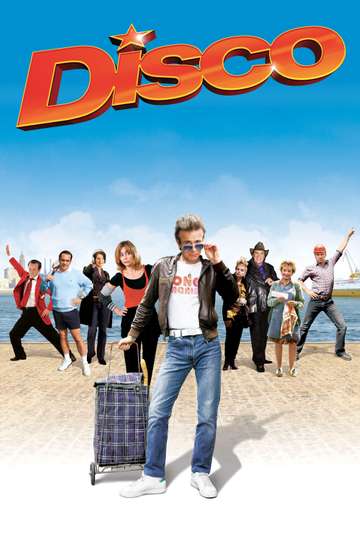 Looking to watch 'Disco' in the comfort of your own home? Tracking down a streaming service to buy, rent, download, or watch the Fabien Onteniente-directed movie via subscription can be challenging, so we here at Moviefone want to do the heavy lifting.

We've listed a number of streaming and cable services - including rental, purchase, and subscription options - along with the availability of 'Disco' on each platform when they are available. Now, before we get into all the details of how you can watch 'Disco' right now, here are some particulars about the TF1 Films Production, StudioCanal, LGM Productions comedy flick.

Released April 2nd, 2008, 'Disco' stars Franck Dubosc, Emmanuelle Béart, Gérard Depardieu, Samuel Le Bihan The movie has a runtime of about 1 hr 43 min, and received a user score of 44 (out of 100) on TMDb, which assembled reviews from 312 well-known users.

Interested in knowing what the movie's about? Here's the plot: "Didier Travolta (Franck Dubosc) is a 40-year-old disco music fan who has no job, lives with his mother, and has a son he hasn't seen for a while. The mother of his son refuses to send him their son for the holidays unless he can offer him a real vacation, not just going to bars of the French port city of Le Havre. As the jobless Didier has no money, the only way he can see his son is by winning a dance contest organized by his friend Jackson (Gérard Depardieu), with the prize a vacation to Australia for two." .

The Tuche Family
Lucky Luke
Fatal
Boule & Bill
Agathe Cléry
Camping 2
Iznogoud
Welcome Aboard
The Brice Man
Lucky Luke and the Daltons
HOUBA! On the Trail of the Marsupilami
Serial Teachers
Nothing to Declare
Camping
Cyprien
Blown Away
"5. 4. 3. 2. 1......Time's Up."
Camping 3
Would I Lie to You? 2
Coco
Would I Lie to You? 3
"Truth, we missed you!"
French Fried Vacation 3