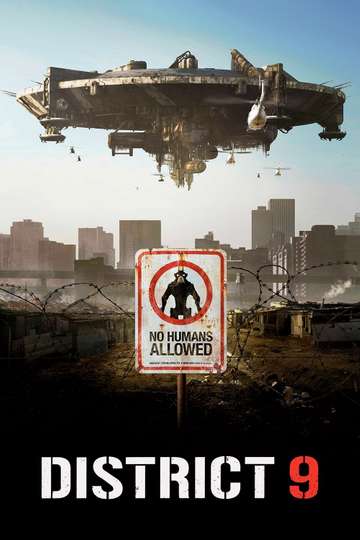 Want to behold the glory that is 'District 9' in the comfort of your own home? Searching for a streaming service to buy, rent, download, or view the Neill Blomkamp-directed movie via subscription can be a huge pain, so we here at Moviefone want to take the pressure off.

Read on for a listing of streaming and cable services - including rental, purchase, and subscription choices - along with the availability of 'District 9' on each platform. Now, before we get into the nitty-gritty of how you can watch 'District 9' right now, here are some details about the TriStar Pictures, Block / Hanson, WingNut Films, The Canadian Film or Video Production Tax Credit (CPTC), District 9, Key Creatives, New Zealand Post Digital and Visual Effects Grant, QED International, The Department of Trade and Industry of South Africa science fiction flick.

Released August 14th, 2009, 'District 9' stars Sharlto Copley, Jason Cope, Nathalie Boltt, Sylvaine Strike The R movie has a runtime of about 1 hr 52 min, and received a user score of 74 (out of 100) on TMDb, which collated reviews from 7,250 experienced users.

You probably already know what the movie's about, but just in case... Here's the plot: "Thirty years ago, aliens arrive on Earth. Not to conquer or give aid, but to find refuge from their dying planet. Separated from humans in a South African area called District 9, the aliens are managed by Multi-National United, which is unconcerned with the aliens' welfare but will do anything to master their advanced technology. When a company field agent contracts a mysterious virus that begins to alter his DNA, there is only one place he can hide: District 9."

Aliens
When Ripley's lifepod is found by a salvage crew over 50 years later,...

Watchmen
In a gritty and alternate 1985 the glory days of costumed vigilantes h...

Men in Black II
Kay and Jay reunite to provide our best, last and only line of defense...

Men in Black
After a police chase with an otherworldly being, a New York City cop i...

Children of Men
In 2027, in a chaotic world in which humans can no longer procreate, a...