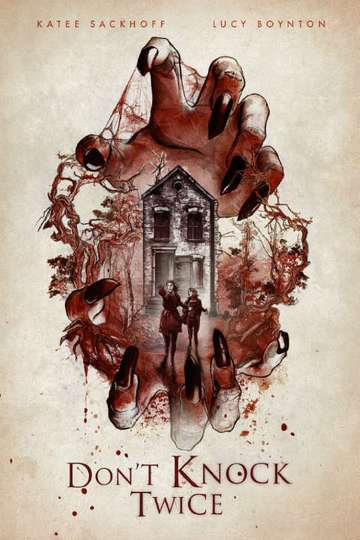 Want to behold the glory that is 'Don't Knock Twice' on your TV, phone, or tablet? Discovering a streaming service to buy, rent, download, or watch the Caradog W. James-directed movie via subscription can be a huge pain, so we here at Moviefone want to do right by you.

We've listed a number of streaming and cable services - including rental, purchase, and subscription options - along with the availability of 'Don't Knock Twice' on each platform when they are available. Now, before we get into the nitty-gritty of how you can watch 'Don't Knock Twice' right now, here are some finer points about the Seymour Films, Red & Black Films, IFC Midnight horror flick.

Released February 3rd, 2017, 'Don't Knock Twice' stars Katee Sackhoff, Lucy Boynton, Javier Botet, Nick Moran The R movie has a runtime of about 1 hr 33 min, and received a user score of 55 (out of 100) on TMDb, which put together reviews from 621 respected users.

You probably already know what the movie's about, but just in case... Here's the plot: "A mother desperate to reconnect with her troubled daughter becomes embroiled in the urban legend of a demonic witch."