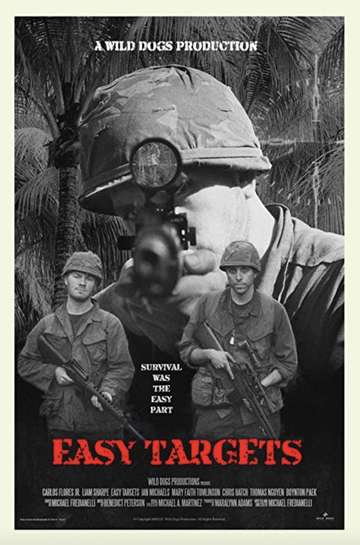 "Survival was the easy part."
NR 1 hr 44 minJun 19th, 2021War, Drama
Vietnam 1973. After a brutal Vietcong attack, American sniper Calvin Hart and his injured spotter Thomas Newton must fight their way through enemy territory with limited resources to reach their rescue team. While communicating via radio with their sergeant, the soldiers become the targets of bounty hunters, assassins and the VC's best sharpshooters. With Newton dying fast and Hart losing his sanity even faster, the pair faces immeasurable odds made worse by a haunting obligation waiting back at home.
Show More
DirectorMichael Fredianelli
StarringCarlos Flores Jr.Liam SharpeMary Faith Tomlinson
Where to WatchFull Cast & Crew