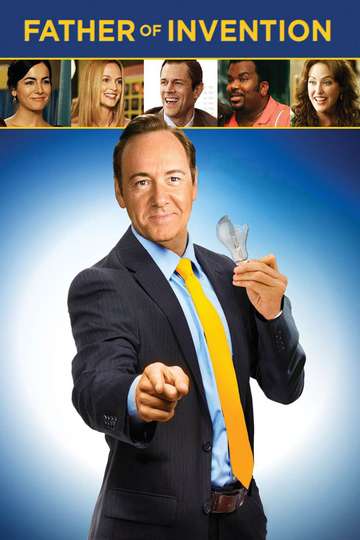 Looking to feast your eyes on 'Father of Invention' in the comfort of your own home? Hunting down a streaming service to buy, rent, download, or view the Trent Cooper-directed movie via subscription can be challenging, so we here at Moviefone want to help you out.

Read on for a listing of streaming and cable services - including rental, purchase, and subscription alternatives - along with the availability of 'Father of Invention' on each platform when they are available. Now, before we get into the nitty-gritty of how you can watch 'Father of Invention' right now, here are some details about the Kjam Media, Horizon Entertainment, Bridgegate FIlms, Pangea Media Group drama flick.

Released February 14th, 2010, 'Father of Invention' stars Kevin Spacey, Camilla Belle, Heather Graham, Virginia Madsen The PG-13 movie has a runtime of about 1 hr 33 min, and received a user score of 54 (out of 100) on TMDb, which collated reviews from 119 top users.

Interested in knowing what the movie's about? Here's the plot: "Nearly a decade after a faulty product landed him in prison, an arrogant inventor is determined to restore his reputation and rebuild his fortune. But first, he has to convince his estranged daughter that he's worthy of a second chance."

The Interview
"The Film Hackers Tried To Get Banned"
Knowing
"What happens when the numbers run out?"

Jurassic World
"The park is open."

The Social Network
"You don't get to 500 million friends without making a few enemies."
Se7en
"Seven deadly sins. Seven ways to die."

The Current War
"Power changes everything"

The Curious Case of Benjamin Button
"Life isn't measured in minutes, but in moments."
The Fifth Element
"There is no future without it."
I Hate Summer

Horrible Bosses
"Ever wish your boss was dead?"

The Wedding Ringer
"He's the best man... money can buy."

Birdman or (The Unexpected Virtue of Ignorance)

Whiplash
"The road to greatness can take you to the edge."

21
"They proved the Vegas Blackjack System was beatable...by beating the hell out of it."

9 Things You Never Knew About 'Moon' on its 10th Anniversary