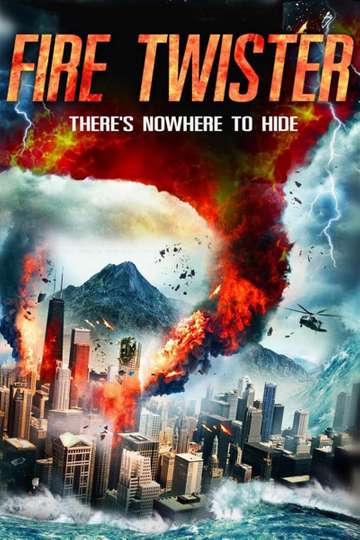 Want to watch 'Fire Twister' in the comfort of your own home? Hunting down a streaming service to buy, rent, download, or watch the George Erschbamer-directed movie via subscription can be tricky, so we here at Moviefone want to do the work for you.

Read on for a listing of streaming and cable services - including rental, purchase, and subscription choices - along with the availability of 'Fire Twister' on each platform when they are available. Now, before we get into the various whats and wheres of how you can watch 'Fire Twister' right now, here are some particulars about the CineTel Films, Odyssey Media, Cartel Pictures action flick.

Released August 6th, 2015, 'Fire Twister' stars Casper Van Dien, Lisa Ciara, Johnny Hawkes, Leah Bateman The movie has a runtime of about 1 hr 25 min, and received a user score of 56 (out of 100) on TMDb, which assembled reviews from 61 experienced users.

Want to know what the movie's about? Here's the plot: "Environmental activist Scott is accidentally involved in a bomb attack on a fuel storage facility. The gigantic explosion unleashes a roller of fire that rolls towards Los Angeles. Desperate, Scott and his colleagues want to save the city. But for the media they are considered to be the culprits - who will soon be hunted by killers ..."

Love in Vienna
Meltdown
Lava Storm
"A family must survive the Lava Storms, which could mean the end of the world as we know it"
Airplane vs Volcano
Miami Magma
Into the Inferno
"What we worship can destroy us"
Volcano
"The coast is toast."
Disaster Zone: Volcano in New York
Global Meltdown
Magma: Volcanic Disaster
Dante's Peak
"The pressure is building..."
Kim Possible
Love In Andalusia
MegaFault
"A crack in the world has started... we have 24 hours to stop it."
Asteroid
"The End Of The World Is Just Beginning."
Asteroid
"An unhappy family. FBI at the door.No Wi-Fi. Could this day get any worse?"
Ice Twisters
"Hell has frozen over"
Skyfire
"The mountain is waking up"
Atomic Twister
"Count Down to Disaster!"
Love In St. Petersburg
Meltdown: Days of Destruction