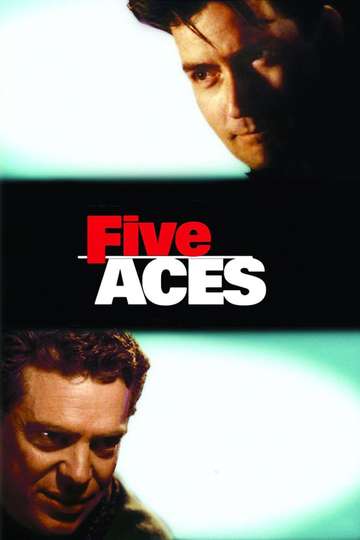 "Spend some quality timeâ€¦ with your best friends."
TMDb Score
64
NR 1 hr 40 minMay 21st, 2002Drama
Chris Martin has a problem: his impending marriage. Like any other man about to enter into the holy vows of matrimony, Chris has begun to second guess himself. Is married life what he really wants? While his bride-to-be takes care of the wedding plans, Chris returns to the neighborhood of his youth to consider his married future and to spend one last week of bachelorhood with his four high school buddies: Ray, Ash, Todd and Sean. Together, the reunited "Five Aces" enjoy a funny bittersweet week reminiscing about a time when they had all the answers... only nothing turned out the way they planned. As the week's events unfold, the Five Aces begin to realize exactly what life and friends mean to each other.
Show More
DirectorDavid Michael O'Neill
StarringCharlie SheenChristopher McDonaldJeff Cesario
Where to WatchFull Cast & CrewNewsBuy DVD

5 Best Comedy Roasts of All Time

'Two and a Half Men,' 'Parks and Recreation,' and How to End a Series