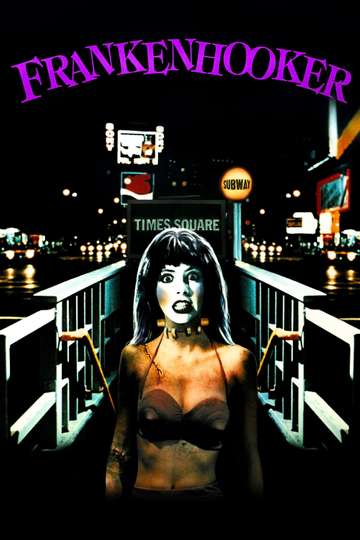 Want to behold the glory that is 'Frankenhooker' on your TV or mobile device at home? Hunting down a streaming service to buy, rent, download, or watch the Frank Henenlotter-directed movie via subscription can be tricky, so we here at Moviefone want to do the work for you.

We've listed a number of streaming and cable services - including rental, purchase, and subscription alternatives - along with the availability of 'Frankenhooker' on each platform. Now, before we get into the fundamentals of how you can watch 'Frankenhooker' right now, here are some finer points about the Levins-Henenlotter, Shapiro-Glickenhaus Entertainment comedy flick.

Released June 1st, 1990, 'Frankenhooker' stars James Lorinz, Patty Mullen, Joanne Ritchie, J.J. Clark The R movie has a runtime of about 1 hr 25 min, and received a user score of 61 (out of 100) on TMDb, which assembled reviews from 189 top users.

You probably already know what the movie's about, but just in case... Here's the plot: "A medical school dropout loses his fiancÃ©e in a tragic lawnmower incident and decides to bring her back to life. Unfortunately, he was only able to save her head, so he goes to the red light district in the city and lures prostitutes into a hotel room so he can collect body parts to reassemble her."

Santa Sangre
A young man is confined in a mental hospital. Through a flashback we s...

Basket Case 3
Henelotter up's the ante in the final part of his trilogy by introduci...

C.H.U.D.
A rash of bizarre murders in New York City seems to point to a group o...

The Blob
Remake of the 1958 horror sci-fi about a deadly blob which is the spaw...

Basket Case 2
Having eluded the authorities after a series of grisly murders, the pa...

I Drink Your Blood
A band of satanist hippies roll into a town and begin terrorizing the...