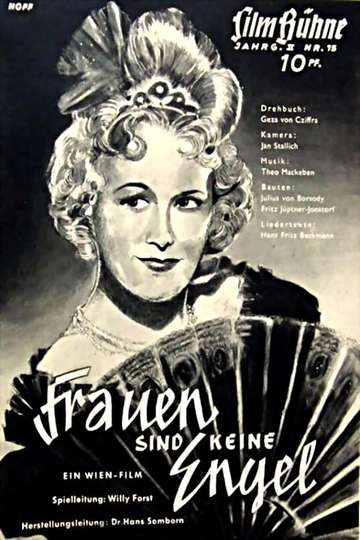 Frauen sind keine Engel" was made on a moderate budget and has generally found not as much attention as that which has been rightfully accorded to his 'Viennese trilogy' made at about the same time. Please don't expect the outward splendour of some other Forst films, even though script, acting and direction leave nothing to be desired. However, like many of Forst's more important films this one not only provides great entertainment, but is also a thorough examination of the relation of fiction/art and reality.