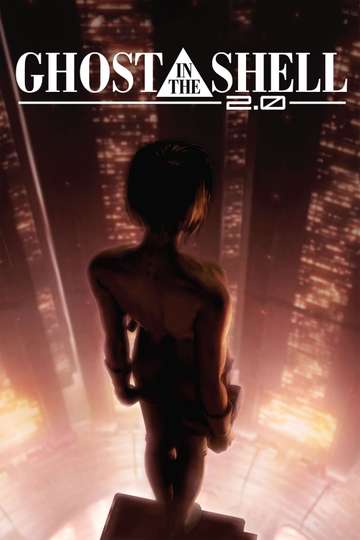 Fancy watching 'Ghost in the Shell 2.0' on your TV, phone, or tablet? Searching for a streaming service to buy, rent, download, or view the Mamoru Oshii-directed movie via subscription can be challenging, so we here at Moviefone want to do the work for you.

Read on for a listing of streaming and cable services - including rental, purchase, and subscription options - along with the availability of 'Ghost in the Shell 2.0' on each platform when they are available. Now, before we get into the various whats and wheres of how you can watch 'Ghost in the Shell 2.0' right now, here are some finer points about the Production I.G science fiction flick.

Interested in knowing what the movie's about? Here's the plot: "In the year 2029, Section 9, a group of cybernetically enhanced cops, are called in to investigate and stop a highly-wanted hacker known as 'The Puppetmaster'. Ghost in the Shell 2.0 is a reproduced version of its original 1995 counterpart. Among a numerous enhancements, for the film's 2.0 release, were a number of scenes were overhauled with 3D animation, visual improvements, and soundtrack rerecorded in 6.1 surround sound."

'Ghost in the Shell 2.0' is currently available to rent, purchase, or stream via subscription on Apple iTunes, Redbox, Google Play Movies, Vudu, YouTube Free, and YouTube .

'Ghost in the Shell 2.0' Release Dates

Kizumonogatari Part 1: Tekketsu
Ghost in the Shell
"It found a voice... Now it needs a body."
The Disappearance of Haruhi Suzumiya
Ghost in the Shell: Stand Alone Complex – Solid State Society
Ghost in the Shell 2: Innocence
"When machines learn to feel, who decides what is human..."
Ghost in the Shell: S.A.C. 2nd GIG – Individual Eleven
Fate/Grand Order: First Order
Summer Wars
"Always protect your network."
Evangelion: 2.0 You Can (Not) Advance
"In the War Between Heaven and Earth, Salvation is Machine."
Neon Genesis Evangelion: Death and Rebirth
"When our HEARTS are melting together, I will be destroyed."
Fullmetal Alchemist the Movie: The Sacred Star of Milos
"Finally tell the story of forbidden bonds"
Cowboy Bebop: The Movie
"They're here to save the planet. But not for free."
Ghost in the Shell Arise - Border 4: Ghost Stands Alone

Evangelion: 3.0 You Can (Not) Redo
"What was destroyed can (not) be rebuilt."