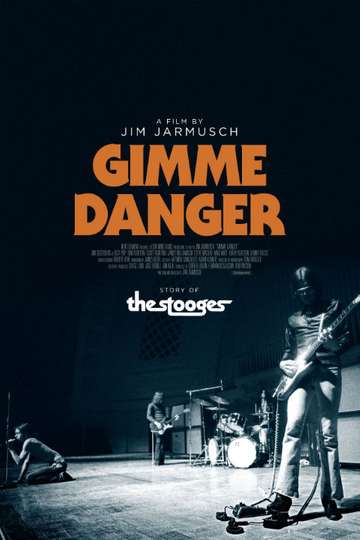 Want to watch 'Gimme Danger' on your TV or mobile device at home? Hunting down a streaming service to buy, rent, download, or view the Jim Jarmusch-directed movie via subscription can be a challenge, so we here at Moviefone want to do the heavy lifting.

We've listed a number of streaming and cable services - including rental, purchase, and subscription choices - along with the availability of 'Gimme Danger' on each platform. Now, before we get into the various whats and wheres of how you can watch 'Gimme Danger' right now, here are some finer points about the music flick.

Released October 28th, 2016, 'Gimme Danger' stars Iggy Pop, Ron Asheton, Scott Asheton, James Williamson The R movie has a runtime of about 1 hr 48 min, and received a user score of 68 (out of 100) on TMDb, which collated reviews from 79 respected users.

What, so now you want to know what the movie’s about? Here's the plot: "No other band in rock'n'roll history has rivaled The Stooges' combination of heavy primal throb, spiked psychedelia, blues-a-billy grind, complete with succinct angst-ridden lyrics, and a snarling, preening leopard of a frontman who somehow embodies Nijinsky, Bruce Lee, Harpo Marx, and Arthur Rimbaud all rolled into one. There is no precedent for The Stooges, while those inspired by them are now legion. The film will present the context of their emergence musically, culturally, politically, historically, and relate their adventures and misadventures while charting their inspirations and the reasons behind their initial commercial challenges, as well as their long-lasting legacy."

'Gimme Danger' is currently available to rent, purchase, or stream via subscription on Amazon Prime Video .

Paterson
A week in the life of Paterson, a poet bus driver, and his wife Laura,...

Moonlight
The tender, heartbreaking story of a young man’s struggle to find hims...

Mulholland Drive
Blonde Betty Elms has only just arrived in Hollywood to become a movie...

Allied
In 1942, an intelligence officer in North Africa encounters a female F...

Hail, Caesar!
When a Hollywood star mysteriously disappears in the middle of filming...