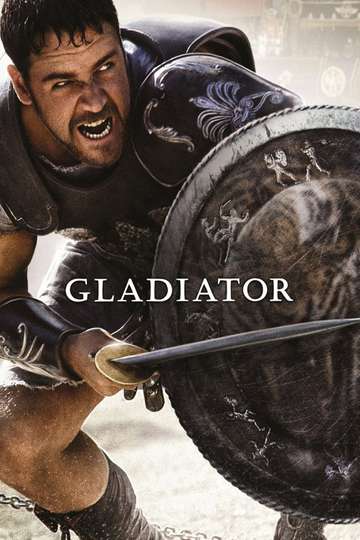 Want to watch 'Gladiator' on your TV or mobile device at home? Finding a streaming service to buy, rent, download, or view the Ridley Scott-directed movie via subscription can be tricky, so we here at Moviefone want to take the pressure off.

Read on for a listing of streaming and cable services - including rental, purchase, and subscription alternatives - along with the availability of 'Gladiator' on each platform. Now, before we get into the fundamentals of how you can watch 'Gladiator' right now, here are some details about the Universal Pictures, Scott Free Productions, Red Wagon Entertainment, Mill Film, C & L, Dawliz, DreamWorks Pictures adventure flick.

Released May 1st, 2000, 'Gladiator' stars Russell Crowe, Joaquin Phoenix, Connie Nielsen, Oliver Reed The R movie has a runtime of about 2 hr 35 min, and received a user score of 82 (out of 100) on TMDb, which compiled reviews from 14,102 knowledgeable users.

You probably already know what the movie's about, but just in case... Here's the plot: "In the year 180, the death of emperor Marcus Aurelius throws the Roman Empire into chaos. Maximus is one of the Roman army's most capable and trusted generals and a key advisor to the emperor. As Marcus' devious son Commodus ascends to the throne, Maximus is set to be executed. He escapes, but is captured by slave traders. Renamed Spaniard and forced to become a gladiator, Maximus must battle to the death with other men for the amusement of paying audiences."

Inglourious Basterds
In Nazi-occupied France during World War II, a group of Jewish-America...

Casino Royale
Le Chiffre, a banker to the world's terrorists, is scheduled to partic...

Raiders of the Lost Ark
When Dr. Indiana Jones – the tweed-suited professor who just happens t...