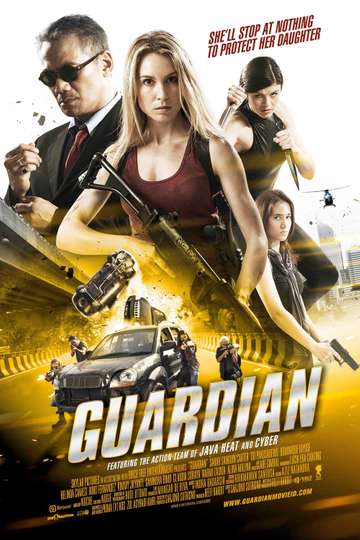 "SHE'LL STOP AT NOTHING TO PROTECT HER DAUGHTER"
TMDb Score
30
NR 1 hr 33 minMay 31st, 2014Crime, Action
After the killing of Vishnu in his house, Sarah (Dominique Diyose) his wife, trying to teach martial arts to their daughter, Regis (Belinda Comesi), which is actually really do not like martial arts. Until one day, Paquita (Sarah Carter) and his group hunt them. Sarah is asking for help Captain Roy (Nino Fernandez), a friend of Vishnu in the police, knowing later it turns out they are also hunted by men Oscar (Tio Pakusadewo). Scenes adrenaline rush ensued. Of racing on the main streets of Jakarta, shooting, until the fierce battle between Sarah and Regis with his pursuers.
Show More
DirectorHelfi C.H. Kardit
StarringSarah CarterDominique Agisca DiyoseTio Pakusadewo
Movie DetailsWhere to WatchFull Cast & Crew