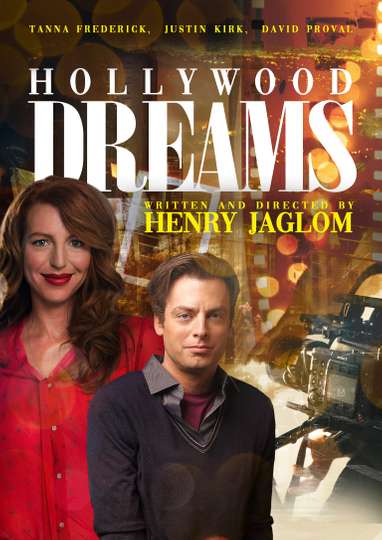 Looking to watch 'Hollywood Dreams' on your TV, phone, or tablet? Discovering a streaming service to buy, rent, download, or view the Henry Jaglom-directed movie via subscription can be challenging, so we here at Moviefone want to take the pressure off.

Below, you'll find a number of top-tier streaming and cable services - including rental, purchase, and subscription choices - along with the availability of 'Hollywood Dreams' on each platform when they are available. Now, before we get into the various whats and wheres of how you can watch 'Hollywood Dreams' right now, here are some details about the drama flick.

Released May 25th, 2007, 'Hollywood Dreams' stars Tanna Frederick, Justin Kirk, David Proval, Zack Norman The R movie has a runtime of about 1 hr 40 min, and received a user score of 30 (out of 100) on TMDb, which collated reviews from 2 well-known users.

You probably already know what the movie's about, but just in case... Here's the plot: "The tale of a young girl fresh off the bus from Iowa, who falls in love with a sexy and promising young actor, though their relationship threatens to complicate her own obsessive goal of becoming a famous actress. The film perfectly captures the delightful and desperate lives of those chasing dreams in Hollywood: One day they are shuffling down a boardwalk with too many suitcases, and the next they are lounging in contemporary hillside homes with a view of the city. Though neither state is permanent the more desirable one fuels the dream. The story's extraordinary execution portrays Hollywood as the fantastic and insane place that it is. Written by Lane Kneedler, American Film Institute Magazine"

'Hollywood Dreams' is currently available to rent, purchase, or stream via subscription on Amazon Video, Plex, and Tubi TV .

Bones and All
"You can’t run from who you are."