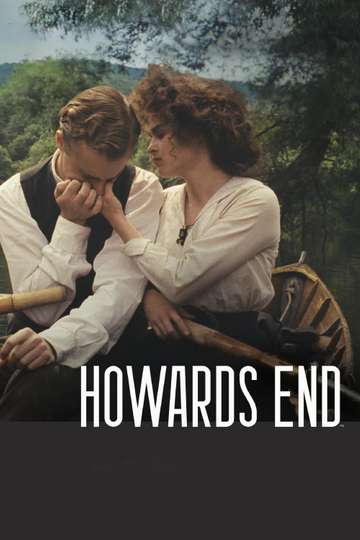 Want to behold the glory that is 'Howards End' in the comfort of your own home? Discovering a streaming service to buy, rent, download, or view the James Ivory-directed movie via subscription can be tricky, so we here at Moviefone want to do the heavy lifting.

Read on for a listing of streaming and cable services - including rental, purchase, and subscription choices - along with the availability of 'Howards End' on each platform. Now, before we get into the various whats and wheres of how you can watch 'Howards End' right now, here are some particulars about the Merchant Ivory Productions, Film4 Productions, Japan Satellite Broadcasting (JSB), Imagica, Sumitomo Corporation drama flick.

Released February 27th, 1992, 'Howards End' stars Emma Thompson, Helena Bonham Carter, Anthony Hopkins, Samuel West The PG movie has a runtime of about 2 hr 22 min, and received a user score of 71 (out of 100) on TMDb, which compiled reviews from 343 well-known users.

Want to know what the movie's about? Here's the plot: "A saga of class relations and changing times in an Edwardian England on the brink of modernity, the film centers on liberal Margaret Schlegel, who, along with her sister Helen, becomes involved with two couples: wealthy, conservative industrialist Henry Wilcox and his wife Ruth, and the downwardly mobile working-class Leonard Bast and his mistress Jackie."

Much Ado About Nothing
In this Shakespearean farce, Hero and her groom-to-be, Claudio, team u...

Picnic at Hanging Rock
In the early 1900s, Miranda attends a girls boarding school in Austral...

Maurice
After his lover rejects him, a young man trapped by the oppressiveness...

The Remains of the Day
A rule bound head butler's world of manners and decorum in the househo...

The Kid with a Bike
Abandoned by his father, a young boy is left in the hands of an unqual...

The Lady in the Van
The true story of the relationship between Alan Bennett and the singul...