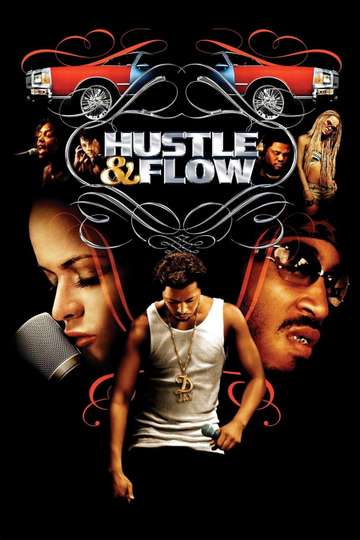 Fancy watching 'Hustle & Flow' on your TV or mobile device at home? Hunting down a streaming service to buy, rent, download, or watch the Craig Brewer-directed movie via subscription can be tricky, so we here at Moviefone want to help you out.

Below, you’ll find a number of top-tier streaming and cable services - including rental, purchase, and subscription choices - along with the availability of 'Hustle & Flow' on each platform. Now, before we get into all the details of how you can watch 'Hustle & Flow' right now, here are some finer points about the MTV Films music flick.

Curious to know what the movie's about? Here's the plot: "With help from his friends, a Memphis pimp in a mid-life crisis attempts to become a successful hip-hop emcee."

Chapter 27
A film about Mark David Chapman in the days leading up to the infamous...

First Sunday
Durell and LeeJohn are best friends and bumbling petty criminals. When...

Clockers
Strike is a young city drug pusher under the tutelage of drug lord Rod...

Keeper
Maxime and Mélanie are a typical teenage couple. Like most lovestruck...

All About Them
Charlotte is cheating on Micha with Mélodie. Not suspecting a thing, y...

Much Loved
A social drama about four marginalized prostitutes in Marrakech and th...

The Ideal
Octave Parango, the former concept creator/editor of 99 francs has bec...

Anthony Anderson to Star in Rom-Com 'Football or Me'