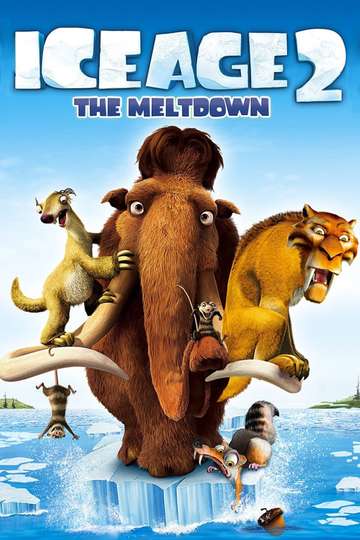 Looking to watch 'Ice Age: The Meltdown' in the comfort of your own home? Hunting down a streaming service to buy, rent, download, or watch the Carlos Saldanha-directed movie via subscription can be challenging, so we here at Moviefone want to do right by you.

We've listed a number of streaming and cable services - including rental, purchase, and subscription alternatives - along with the availability of 'Ice Age: The Meltdown' on each platform. Now, before we get into the nitty-gritty of how you can watch 'Ice Age: The Meltdown' right now, here are some finer points about the 20th Century Fox Animation, Blue Sky Studios, 20th Century Fox comedy flick.

Want to know what the movie's about? Here's the plot: "Diego, Manny and Sid return in this sequel to the hit animated movie Ice Age. This time around, the deep freeze is over, and the ice-covered earth is starting to melt, which will destroy the trio's cherished valley. The impending disaster prompts them to reunite and warn all the other beasts about the desperate situation."

Madagascar
Alex the lion is the king of the urban jungle, the main attraction at...

Ice Age
With the impending ice age almost upon them, a mismatched trio of preh...

Ice Age: Dawn of the Dinosaurs
Times are changing for Manny the moody mammoth, Sid the motor mouthed...

Kung Fu Panda
When the Valley of Peace is threatened, lazy Po the panda discovers hi...

Kung Fu Panda 2
Po is now living his dream as The Dragon Warrior, protecting the Valle...

Shrek the Third
The King of Far Far Away has died and Shrek and Fiona are to become Ki...

Madagascar: Escape 2 Africa
Alex, Marty, and other zoo animals find a way to escape from Madagasca...

Toy Story 2
Andy heads off to Cowboy Camp, leaving his toys to their own devices....