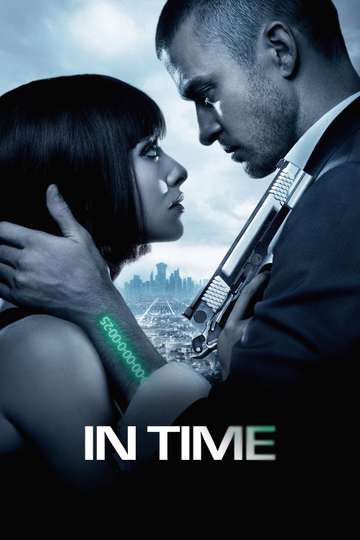 In Time (2011)Stream and Watch Online Yearning to watch 'In Time' in the comfort of your own home? Hunting down a streaming service to buy, rent, download, or watch the Andrew Niccol-directed movie via subscription can be confusing, so we here at Moviefone want to do right by you.

We've listed a number of streaming and cable services - including rental, purchase, and subscription alternatives - along with the availability of 'In Time' on each platform. Now, before we get into the fundamentals of how you can watch 'In Time' right now, here are some details about the New Regency Pictures, Regency Enterprises, Lucky Strike Film Studios science fiction flick.

Released October 28th, 2011, 'In Time' stars Justin Timberlake, Amanda Seyfried, Cillian Murphy, Olivia Wilde The PG-13 movie has a runtime of about 1 hr 49 min, and received a user score of 69 (out of 100) on TMDb, which collated reviews from 8,753 respected users.

What, so now you want to know what the movie’s about? Here's the plot: "In the not-too-distant future the aging gene has been switched off. To avoid overpopulation, time has become the currency and the way people pay for luxuries and necessities. The rich can live forever, while the rest try to negotiate for their immortality. A poor young man who comes into a fortune of time, though too late to help his mother from dying. He ends up on the run from a corrupt police force known as 'time keepers'."

Real Steel
Charlie Kenton is a washed-up fighter who retired from the ring when r...

Rise of the Planet of the Apes
A highly intelligent chimpanzee named Caeser has been living a peacefu...

I Am Number Four
A teenage fugitive with an incredible secret races to stay one step ah...

Total Recall
Welcome to Rekall, the company that can turn your dreams into real mem...

The Hangover Part II
The Hangover crew heads to Thailand for Stu's wedding. After the disas...

Battleship
When mankind beams a radio signal into space, a reply comes from ‘Plan...