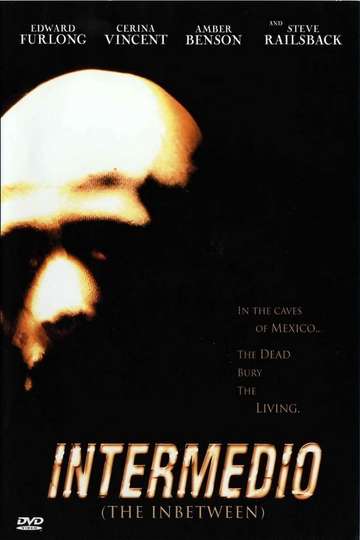 Looking to watch 'Intermedio' on your TV or mobile device at home? Searching for a streaming service to buy, rent, download, or watch the Andrew Lauer-directed movie via subscription can be a challenge, so we here at Moviefone want to take the pressure off.

We've listed a number of streaming and cable services - including rental, purchase, and subscription options - along with the availability of 'Intermedio' on each platform when they are available. Now, before we get into the nitty-gritty of how you can watch 'Intermedio' right now, here are some specifics about the The Asylum thriller flick.

Released March 29th, 2005, 'Intermedio' stars Edward Furlong, Steve Railsback, Cerina Vincent, Amber Benson The R movie has a runtime of about 1 hr 22 min, and received a user score of 46 (out of 100) on TMDb, which compiled reviews from 29 experienced users.

Interested in knowing what the movie's about? Here's the plot: "Under the border leading into Mexico, within a labyrinth of caves, a deadly presence haunts all who enter. For four friends on an expedition, the caverns become an underground graveyard as the tortured ghosts prey upon them, one by one."

'Intermedio' is currently available to rent, purchase, or stream via subscription on FlixFling, Microsoft Store, Tubi TV, and Pluto TV .

The United Monster Talent Agency
MoniKa
Complacent
"It's A Very Comfortable Place To Live..."
Jennifer Lopez: All I Have
Jennifer Lopez: Let's Get Loud
Pennies
"How far would you go for your child?"
Tag
"When you know you're dying, you better get to living."
J. Lo: Let's Get Real
"Follow the story of one of the most talented and successful women in showbiz. The real Latina diva, Jennifer Lopez."
Jennifer Lopez - iHeartRadio Music Festival
Return to House on Haunted Hill
The Work Wife

Everybody Wants to Be Italian
"When it come to love, it's always better to be Italian."
Jennifer Lopez: The Reel Me
Gigli
"Life doesn't play by the rules."
Angel Eyes
"The deeper you look, the more you will find."
Lila & Eve
"Torn by loss. Bound for revenge."
Jennifer Lopez: Feelin' So Good
Skin: A History of Nudity in the Movies
Bordertown
"Lies. Corruption. Murder. One reporter will break the silence."
Jennifer Lopez - iHeartRadio Music Festival
Seven Mummies
"Greed never dies."