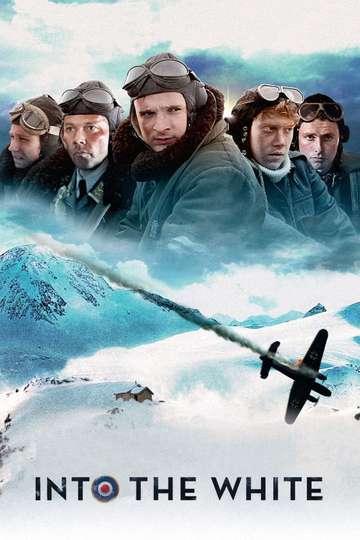 Into the White (2013)Stream and Watch Online

Want to watch 'Into the White' in the comfort of your own home? Searching for a streaming service to buy, rent, download, or watch the Petter Næss-directed movie via subscription can be a challenge, so we here at Moviefone want to take the pressure off.

Below, you'll find a number of top-tier streaming and cable services - including rental, purchase, and subscription choices - along with the availability of 'Into the White' on each platform when they are available. Now, before we get into the nitty-gritty of how you can watch 'Into the White' right now, here are some finer points about the Trollhättan Film, Medienboard Berlin-Brandenburg, Eurimages, FFA, Film i Väst, FilmFondet Fuzz, Zentropa International Sweden, Zentropa International Norway war flick.

Released April 12th, 2013, 'Into the White' stars Stig Henrik Hoff, Lachlan Nieboer, Rupert Grint, Florian Lukas The R movie has a runtime of about 1 hr 44 min, and received a user score of 69 (out of 100) on TMDb, which collated reviews from 255 respected users.

What, so now you want to know what the movie's about? Here's the plot: "Based on a true story. On 27 April 1940, Luftwaffe pilot Horst Schopis' Heinkel 111 bomber is shot down near Grotli by an RAF Blackburn Skua L2940 fighter, which then crash-lands. The surviving German and English crew members begin to at shoot each other, but later find themselves huddled up in the same cabin. In order to survive the harsh winter in the Norwegian wilderness, they have to stand together. An unlikely, lifelong friendship blossoms."

'Into the White' Release Dates

Argo
"The movie was fake. The mission was real."

Schindler's List
"Whoever saves one life, saves the world entire."
The Truman Show
"On the air. Unaware."

The Last Samurai
"In the face of an enemy, in the heart of one man, lies the soul of a warrior."

Troy
"For passion. For honor. For destiny. For victory. For love."

Valkyrie
"Many saw evil. They dared to stop it."

The Social Network
"You don't get to 500 million friends without making a few enemies."

Hero
"One man's strength will unite an empire."
The Untouchables
"What are you prepared to do?"
K-19: The Widowmaker
"Fate has found its hero."

Defiance
"Freedom begins with an act of defiance"

Into the Wild
"Into the heart. Into the soul."

The King's Speech
"Find your voice."

Kingdom of Heaven
"Be without fear in the face of your enemies. Safeguard the helpless, and do no wrong"

Rush
"Everyone's driven by something."

Black Hawk Down
"Leave No Man Behind."

Captain Phillips
"Out here survival is everything."
The Pianist
"Music was his passion. Survival was his masterpiece."