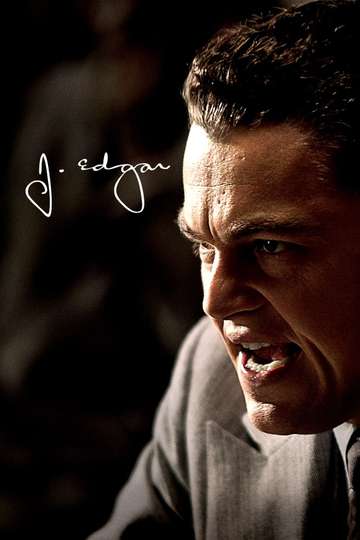 Yearning to watch 'J. Edgar' on your TV, phone, or tablet? Discovering a streaming service to buy, rent, download, or watch the Clint Eastwood-directed movie via subscription can be a huge pain, so we here at Moviefone want to do right by you.

Read on for a listing of streaming and cable services - including rental, purchase, and subscription choices - along with the availability of 'J. Edgar' on each platform when they are available. Now, before we get into the nitty-gritty of how you can watch 'J. Edgar' right now, here are some particulars about the Imagine Entertainment, Malpaso Productions, Wintergreen Productions drama flick.

Released November 11th, 2011, 'J. Edgar' stars Leonardo DiCaprio, Naomi Watts, Armie Hammer, Josh Lucas The R movie has a runtime of about 2 hr 17 min, and received a user score of 62 (out of 100) on TMDb, which assembled reviews from 2,072 experienced users.

Interested in knowing what the movie's about? Here's the plot: "As the face of law enforcement in the United States for almost 50 years, J. Edgar Hoover was feared and admired, reviled and revered. But behind closed doors, he held secrets that would have destroyed his image, his career, and his life."

Hereafter
"Touched by death. Changed by life."
Mark Twain
The Man in the Iron Mask
"For the honor of a king. And the destiny of a country. All for one."
Look At Me: XXXTENTACION
"Fame is a monster."
Scorsese's Goodfellas

Mary J. Blige's My Life
Unforgivable Blackness: The Rise and Fall of Jack Johnson
Lewis Black: Red, White & Screwed
"the way I see it..."
Body of Lies
"Trust no one. Deceive everyone."
Fidel: The Untold Story
Invictus
"His people needed a leader. He gave them a champion."

Public Enemies
"America's Most Wanted."
The J Team
The Beach
"Somewhere on this planet it must exist."
Sharpe's Rifles

The Aviator
"The way of the future"

Gangs of New York
"America was born in the streets."
Curse of the Weeping Woman: J-ok'el
"Do you hear the whisper?"

Blood Diamond
"It will cost you everything."