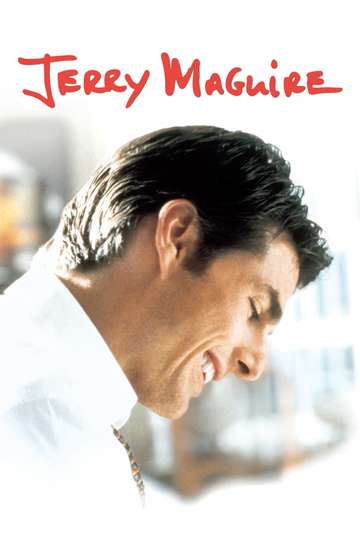 Want to behold the glory that is 'Jerry Maguire' on your TV or mobile device at home? Searching for a streaming service to buy, rent, download, or view the Cameron Crowe-directed movie via subscription can be confusing, so we here at Moviefone want to do right by you.

Below, you'll find a number of top-tier streaming and cable services - including rental, purchase, and subscription choices - along with the availability of 'Jerry Maguire' on each platform when they are available. Now, before we get into the nitty-gritty of how you can watch 'Jerry Maguire' right now, here are some particulars about the Gracie Films, Vinyl Films, TriStar Pictures comedy flick.

Released December 13th, 1996, 'Jerry Maguire' stars Tom Cruise, Renée Zellweger, Cuba Gooding Jr., Kelly Preston The R movie has a runtime of about 2 hr 18 min, and received a user score of 69 (out of 100) on TMDb, which put together reviews from 2,617 knowledgeable users.

Interested in knowing what the movie's about? Here's the plot: "Jerry Maguire used to be a typical sports agent: willing to do just about anything he could to get the biggest possible contracts for his clients, plus a nice commission for himself. Then, one day, he suddenly has second thoughts about what he's really doing. When he voices these doubts, he ends up losing his job and all of his clients, save Rod Tidwell, an egomaniacal football player."

The Last Samurai
"In the face of an enemy, in the heart of one man, lies the soul of a warrior."
You've Got Mail
"Someone you pass on the street may already be the love of your life."

Far and Away
"What they needed was a country big enough for their dreams."
Days of Thunder
"You can't stop the thunder."
Rain Man
"A journey through understanding and fellowship."
There's Something About Mary
"Love Is In The Hair."

The Firm
"Power can be murder to resist."

The Wedding Singer
"He's gonna party like it's 1985."
The Color of Money
"The Hustler isn't what he used to be. But he has the next best thing. A kid who is."
Sliding Doors
"What if one split second sent your life in two completely different directions?"

Forgetting Sarah Marshall
"You lose some, you get some."

The Break-Up
"…pick a side."
Born on the Fourth of July
"A story of innocence lost and courage found."
Risky Business
"Time of your life, Huh Kid."
A Few Good Men
"In the heart of the nation's capital, in a courthouse of the U.S. government, one man will stop at nothing to keep his honor, and one will stop at nothing to find the truth."

Vanilla Sky
"LoveHateDreamsLifeWorkPlayFriendshipSex."
Top Gun
"Up there with the best of the best."
Cocktail
"When he pours, he reigns."

High Fidelity
"A comedy about fear of commitment, hating your job, falling in love and other pop favorites."
Interview with the Vampire
"Drink from me and live forever"