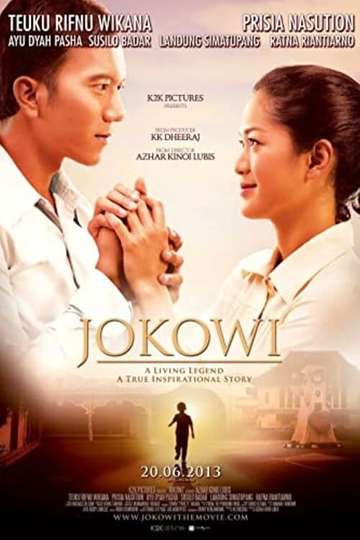 TMDb Score
75
NR 1 hr 50 minRomance, History, Drama
This film was released on, June 20, 2013 the day before 52nd birthday of Jakarta Governor Joko Widodo, June 21, 2013, which coincides with the 486th anniversary of Jakarta City. Which tells of a carpenter's son named Joko Widodo, who lived in a small home side of river-banks. Childhood are far from sufficient. But it did not dampen the spirit of children's village duck egg hunter to continue school to higher education. His love of Rock music which persisted until the time he became a great leader of Indonesia future, as was able to motivate the spirit of life. Love story with Iriana, a simple girl, His sister school friend became encouragement's future leader to face various challenges.
Show More
DirectorAzhar Kinoi Lubis
StarringTeuku Rifnu WikanaPrisia NasutionAyu Dyah Pasha
Full Cast & Crew