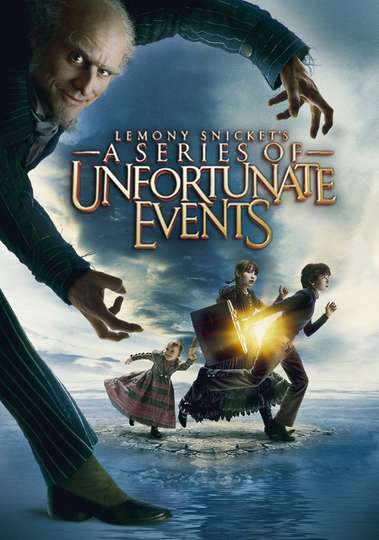 Want to behold the glory that is 'Lemony Snicket's A Series of Unfortunate Events' on your TV, phone, or tablet? Hunting down a streaming service to buy, rent, download, or view the Brad Silberling-directed movie via subscription can be confusing, so we here at Moviefone want to do the heavy lifting.

Read on for a listing of streaming and cable services - including rental, purchase, and subscription alternatives - along with the availability of 'Lemony Snicket's A Series of Unfortunate Events' on each platform when they are available. Now, before we get into all the details of how you can watch 'Lemony Snicket's A Series of Unfortunate Events' right now, here are some details about the Paramount, DreamWorks Pictures, Scott Rudin Productions, Nickelodeon Movies, Kumar Mobiliengesellschaft mbH & Co. Projekt Nr. 2 KG, Parkes+MacDonald Image Nation comedy flick.

Released December 17th, 2004, 'Lemony Snicket's A Series of Unfortunate Events' stars Emily Browning, Liam Aiken, Jim Carrey, Meryl Streep The PG movie has a runtime of about 1 hr 48 min, and received a user score of 68 (out of 100) on TMDb, which put together reviews from 4,371 respected users.

You probably already know what the movie's about, but just in case... Here's the plot: "Three wealthy children's parents are killed in a fire. When they are sent to a distant relative, they find out that he is plotting to kill them and seize their fortune."

Movies Like Lemony Snicket's A Series of Unfortunate Events

Bridge to Terabithia
"Close your eyes, but keep your mind wide open."

The Chronicles of Narnia: The Lion, the Witch and the Wardrobe
"Evil Has Reigned For 100 Years..."
The Mask
"From zero to hero."

Charlie and the Chocolate Factory
"Prepare for a taste of adventure."

Evan Almighty
"A comedy of biblical proportions"
Hook
"What if Peter Pan grew up?"
How the Grinch Stole Christmas
"He puts the mean in green."
Mr. Popper's Penguins

Bruce Almighty
"In Bruce we trust?"

Happy Feet
"WARNING: May Cause Toe-Tapping."

The Golden Compass
"There are worlds beyond our own - the compass will show the way."

Shark Tale
"Behind every little fish is a great white lie."
The Goodbye Kiss