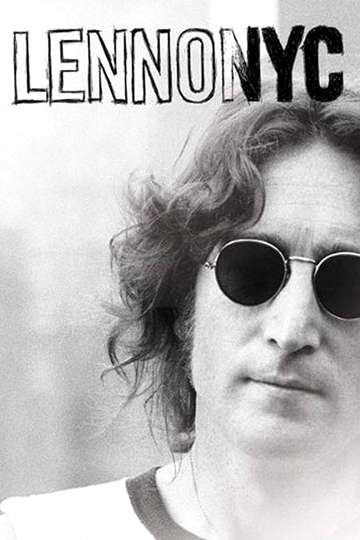 Want to behold the glory that is 'LennoNYC' on your TV, phone, or tablet? Discovering a streaming service to buy, rent, download, or watch the Michael Epstein-directed movie via subscription can be difficult, so we here at Moviefone want to do the heavy lifting.

We've listed a number of streaming and cable services - including rental, purchase, and subscription choices - along with the availability of 'LennoNYC' on each platform. Now, before we get into the fundamentals of how you can watch 'LennoNYC' right now, here are some specifics about the Two Lefts Don't Make A Right, American Masters Pictures, A&E Television Networks documentary flick.

Released September 25th, 2010, 'LennoNYC' stars John Lennon, Yōko Ono, Elton John, Bob Gruen The movie has a runtime of about 1 hr 55 min, and received a user score of 74 (out of 100) on TMDb, which put together reviews from 13 respected users.

Want to know what the movie's about? Here's the plot: "This documentary takes an intimate look at the time Lennon, Yoko Ono and their son, Sean, spent living in New York City during the 1970s. It features never-before heard studio recordings from the Double Fantasy sessions and never-before-seen outtakes from Lennon in concert and home movies that have only recently been transferred to video. It also features exclusive interviews with Ms. Ono, who cooperated extensively with the production and offers an unprecedented level of access, as well as with artists who worked closely with Lennon during this period, including Elton John and photographer Bob Gruen (who took the iconic photograph of Lennon in front of the skyline wearing a “New York City” T-shirt)."

'LennoNYC' is currently available to rent, purchase, or stream via subscription on Microsoft Store .