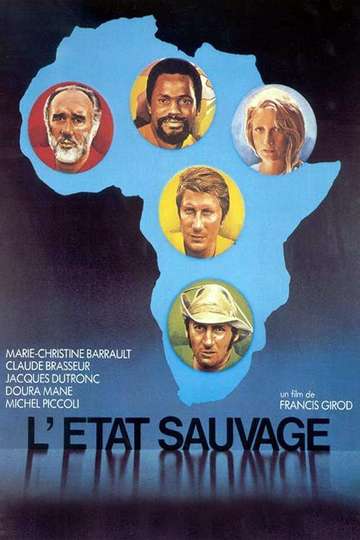 L'Etat Sauvage is based on the novel by Georges Conchon which won the highly esteemed Prix de Goncourt. The story chronicles the mindless racism of both the departing French colonial overlords and the emergent black Africans in a newly emerging African state. Laurence (Marie-Christine Barrault) suffers the outrage of her white acquaintances, including her former lover Gravenoir (Claude Brasseur) and her ex-husband Avit (Jacques Dutronc), for her affair with Patrice Doumbe (Doura Mane), an official in the new government. He in turn is ridiculed by his fellow cabinet ministers for stepping out with a white woman. The vilification escalates to such a point that Patrice is brutally murdered, and Laurence barely escapes the country alive, with the help of her ex-husband Avit.