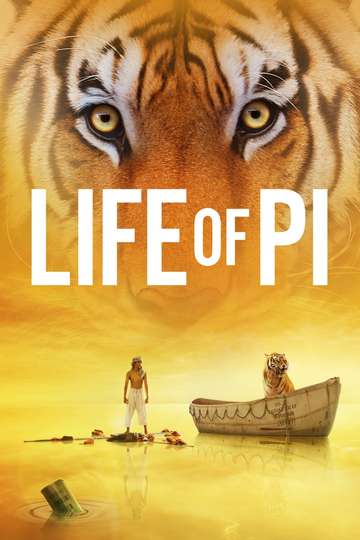 Looking to watch 'Life of Pi' in the comfort of your own home? Discovering a streaming service to buy, rent, download, or view the Ang Lee-directed movie via subscription can be challenging, so we here at Moviefone want to do the heavy lifting.

We've listed a number of streaming and cable services - including rental, purchase, and subscription alternatives - along with the availability of 'Life of Pi' on each platform when they are available. Now, before we get into the various whats and wheres of how you can watch 'Life of Pi' right now, here are some details about the Ingenious Media, Dune Entertainment, Fox 2000 Pictures, Big Screen Productions, Haishang Films, Netter Productions, Ingenious Film Partners drama flick.

Released November 21st, 2012, 'Life of Pi' stars Suraj Sharma, Irrfan Khan, Ayush Tandon, Gautam Belur The PG movie has a runtime of about 2 hr 7 min, and received a user score of 74 (out of 100) on TMDb, which put together reviews from 11,634 respected users.

Want to know what the movie's about? Here's the plot: "The story of an Indian boy named Pi, a zookeeper's son who finds himself in the company of a hyena, zebra, orangutan, and a Bengal tiger after a shipwreck sets them adrift in the Pacific Ocean."

Sherlock Holmes
"Nothing escapes him."

The Dark Knight Rises
"The Legend Ends"
Up

Oz the Great and Powerful
"In Oz, nothing is what it seems."

Prometheus
"The Search for Our Beginning Could Lead to Our End."

Brave
"Change your fate."
The Hobbit: An Unexpected Journey
"From the smallest beginnings come the greatest legends."

Wreck-It Ralph
"The story of a regular guy just looking for a little wreck-ognition."

Men in Black 3
"Back in time."
WALL·E
"After 700 years of doing what he was built for, he'll discover what he was meant for."