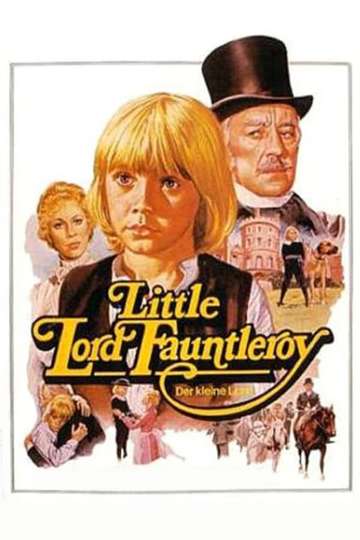 TMDb Score
73
NR 1 hr 43 minNov 25th, 1980Family, Drama, TV Movie
Young Cedric Errol and his widowed mother live in genteel poverty in 1880s Brooklyn after the death of his father. Cedric's grandfather, the Earl of Dorincourt, has long ago disowned his son for marrying an American. But after the death of the Earl's remaining son, he decides to accept Cedric as his heir.
Show More
DirectorJack Gold
StarringRicky SchroderAlec GuinnessConnie Booth
Full Cast & CrewNews

A 'Star Wars' Spinoff About Obi-Wan Kenobi Is in the Works: Report

40 Things You Never Knew About the 'Star Wars' Franchise

Ewan McGregor Almost Froze His Face Off for 'Fargo' Season 3

Obi-Wan and Yoda Were Also in 'The Force Awakens,' ICYMI

The Landlord
Alyssa moves into a luxury apartment complex but is unaware she is bei...

Little Lord Fauntleroy
An American boy turns out to be the heir of a wealthy British earl. He...

The Ghost of Lord Farquaad
Lord Farquaad was eaten by the dragon, but his ghost has returned, and...

Michael Flatley Returns as Lord of the Dance
Tells a timeless story based on Irish folklore of good versus evil, &...

Something the Lord Made
A dramatization of the relationship between heart surgery pioneers Alf...

Phantasm III: Lord of the Dead
The Tall Man, that imposing menace from Morningside Mortuary, is back...