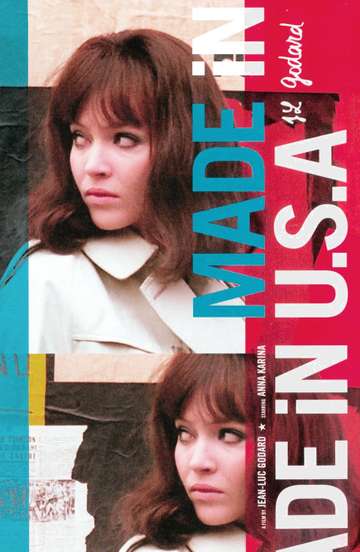 TMDb Score
64
NR 1 hr 25 minMystery, Crime, Comedy
Paula Nelson (Anna Karina), a female version of Humphrey Bogart's hard boiled detectives, goes to Atlantic City to meet her lover, Richard Politzer, at an unknown point in the future (maybe 1969). Once there, she learns that Richard is dead and decides to investigate his death. In her hotel room, she meets Typhus, whom she ends up knocking out. His corpse is later found in the apartment of David Goodis (Yves Afonso), a writer. Paula is arrested and interrogated. From then on, she encounters many gangsters.
Show More
DirectorJean-Luc Godard
StarringAnna KarinaLÃ¡szlÃ³ SzabÃ³Jean-Pierre LÃ©aud
Full Cast & Crew

First Name: Carmen
The protagonist is Carmen X, a female member of a terrorist gang. She...

2 or 3 Things I Know About Her
As the city of Paris and the French people grow in consumer culture, a...

Pierrot le Fou
Pierrot escapes his boring society and travels from Paris to the Medit...

Alphaville
An American private-eye arrives in Alphaville, a futuristic city on an...

Contempt
A philistine in the art film business, Jeremy Prokosch is a producer u...

The Married Woman
A superficial woman has conflict between choosing her abusive husband...

Masculin FÃ©minin
Paul, a young idealist trying to figure out what he wants to do with h...