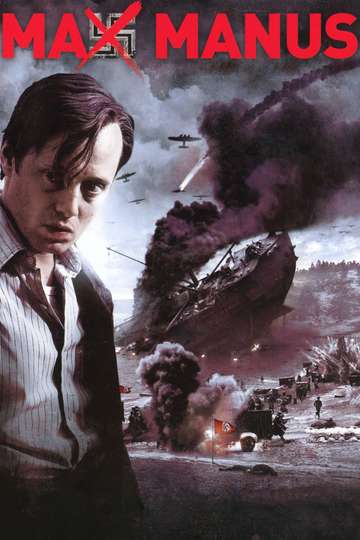 TMDb Score
71
NR 1 hr 58 minSep 3rd, 2010History, War, Drama
Max Manus is a Norwegian 2008 biographic war film based on the real events of the life of resistance fighter Max Manus (1914–96), after his contribution in the Winter War against the Soviet Union. The story follows Manus through the outbreak of World War II in Norway until peacetime in 1945.
DirectorsJoachim RønningEspen Sandberg
StarringAksel HennieAgnes KittelsenNicolai Cleve Broch
Movie DetailsWhere to WatchFull Cast & CrewBuy DVD

Empire of the Sun
Jamie Graham, a privileged English boy, is living in Shanghai when the...

Dawn of the Dead
A group of survivors take refuge in a shopping mall after the world is...

After Hours
An ordinary word processor has the worst night of his life after he ag...

Kon-Tiki
The true story about legendary explorer Thor Heyerdahl and his epic cr...

Headhunters
An accomplished headhunter risks everything to obtain a valuable paint...

Braveheart
Enraged at the slaughter of Murron, his new bride and childhood love,...